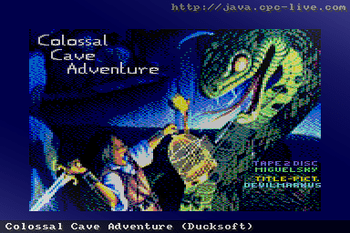 Arcade adventure games have been popular choices for many years and these types of video games can provide amazing action and endless entertainment for gamers. With these arcade adventure games, the player will take on the role of the protagonist and will engage in an interactive story that is enhanced by puzzle-solving and exploration throughout the adventure flash game. At Arcade Charts, the top-rated adventure games are designed for single player play and there is a strong emphasis on character design which makes it rather difficult to present a multi-player format.

One of the first arcade games that was offered was Colossal Cave Adventure, a title that was released back in 1976. Some other notable games that were played in the years to come included Myst, Secrets of Monkey Island and Zork. Today, there are hundreds of arcade adventures that can be played online and on mobile devices and with thousands of gaming sites operating, players can always find an adventure-themed game that can be played for free.

Puzzle-solving plays a major role in many adventure games and these types of games will offer a variety of puzzles, exploring locations, using various items, decoding messages and more. With many of the arcade adventure games being played, solving a puzzle will help players advance through the game and will allow access to new areas and new levels, revealing more pieces of the game story along the way. In many arcade adventure games, logic puzzles are used and these make use of mechanical devices that will test the reasoning skills of the player enjoying the title.

Items and inventory management are also popular features that are found in adventure titles and players will be able to collect items as they progress through the game. These items are often stored in a collection that can be accessed at any time so one can see what items have been found and how they can be used. Depending on the game being played, items can be used in various ways and players will have to use problem-solving skills to determine which item will help them complete a task or challenge so they can move on in the game. 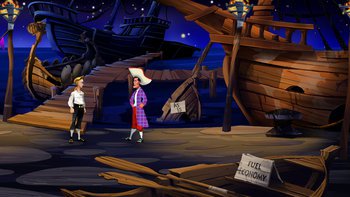 There are many types of arcade adventures that can be enjoyed and with some great adventure flash game variations, players will always find a game that is intriguing and enjoyable to play. Graphic adventure games are very popular and these will use graphics that will convey the environment. These games can use a first or third-person perspective and a camera will follow the movements of the player. There are also Point-and-Click Adventure games and these will allow the player to control the game character by using a point-and-click interface or a computer mouse. The game is easily controlled as the player will simply click to move their character and they can also access the adventure flash game inventory and other features. These arcade adventure games usually consist of collecting various items and determining when in the game these items should be used.

Another type of arcade adventure game is the Escape the Room game. Here, players will have a small space to explore and will have to figure out how to exit an area or a room by solving different puzzles. These games are often adventure flash games and they are very popular with those that are playing on mobile devices. Some of the more popular titles include The Room and Mystery of Time and Space.

One other type of adventure game that is commonly preferred by players is a walking simulator. These games allow players to experience the game story and environment through discovery and exploration. These types of arcade adventure games will not make use of puzzles as much as other game types and there may not even be a win/lose component to the game. They basically allow players to move around and explore areas while they collect items or find clues that will help the game story to develop and unfold. Some leading walking simulator arcade adventure games include Firewatch, Thirty Flights of Loving and Gone Home.

With some great variations of arcade adventure games, players can always find titles that will offer endless adventure action games, there is never a need for a download and the adventure flash game is instantly accessed, providing a great way for mobile players to engage in thrilling action on the go.