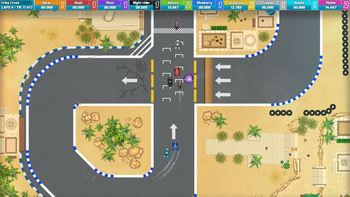 Driving and action racing games have become one of the top genres for gamers and with thousands of racing titles that can be enjoyed for free online, there are endless ways for players to satisfy their need for speed. Some of the top free arcade games over the years have been offered on consoles and in arcades and many of these leading titles can now be played on a PC or mobile device with free online downloads. Racing games provide intense action and thrills and gamers will enjoy a variety of vehicles, tracks, and customizable options when they access these types of games. With amazing driving games 3D, those that like to take control behind the wheel will enter a world of realism and excitement as they discover the many amazing action racing games that can be played.

Over the years, gamers from all around the world have enjoyed racing games and there have been some amazing titles that have been released. With a huge offering of these types of arcade games in the gaming industry, players will always have great choices and will enjoy some of the retro style games that have been favoured by players for many years. One of the great titles that was released over 20 years ago is still a top choice today. Players looking for a 3D experience will love Daytona USA, where players can choose from over 40 regulation cars and race around tracks to beat the clock as well as beat out other drivers.

For those that want a bit of light-hearted driving action, Mario Kart games are a top choice. These games feature popular characters from the Mario video games and there are different vehicles, special moves, weapons and a great assortment of tracks that can be enjoyed. Mario Kart games can be played on consoles, hand-held devices, online and even on a mobile device and these games have remained some of the top racing games to ever be created.

Some other titles that were a huge success and are still enjoyed today include games like Need for Speed, Dirt Rally, Real Racing, Test Drive, Grand Theft Auto and Gran Turismo Sport. With so many action racing games available, players will always have ways to enjoy the thrills of driving and racing against others for a realistic experience.

Types of Racing and Driving Games 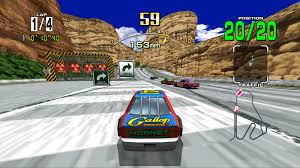 Many players will want to engage in thrilling car races, but there are a number of other driving games that are quite enjoyable. There are simulation games where players can take on the role of a truck driver and deliver goods across the country. There are also taxi and limo-style games, games that feature motorcycles, dirt bikes, and other bikes as well as endless cars that can be created and customized. Some of the leading driving games combine other game elements, such as with Grand Theft Auto. Not only will players have access to many great cars, but they will complete missions, choose weapons and enjoy an intense 3D world of gaming.

Gamers who are looking for the most realistic experience with action arcade games that offers racing will appreciate the offering of simulation games. These can include titles like Grand Prix Legends, GTR 2, iRacing, NASCAR Racing, Gran Turismo, F1 Challenge and more. These games will require fast processors and player scan add accessories like steering wheels and pedals to enhance gameplay. These types of games are the closest thing to driving a real car and the games offer amazing 3D graphics, multiple terrains, special handling options based on chosen vehicles and much more. With these games, one will have to have skills and will spend many hours practising driving to be successful when they play.

Arcade style racing games remain a popular choice as these are easier to play and have simple controls compared to simulation games. These games provide a fast-paced thrill and races will take place on roads through various cities as well as on well-known tracks around the globe. Some of the leading arcade racing games include Out Run, Rush, Ridge Racer, Sega Rally and Midnight Club.

With so many amazing action racing games being offered, there are endless choices for gamers and there are always titles that will offer exciting driving action, intense graphics and animations and a huge selection of vehicles and customizable options.